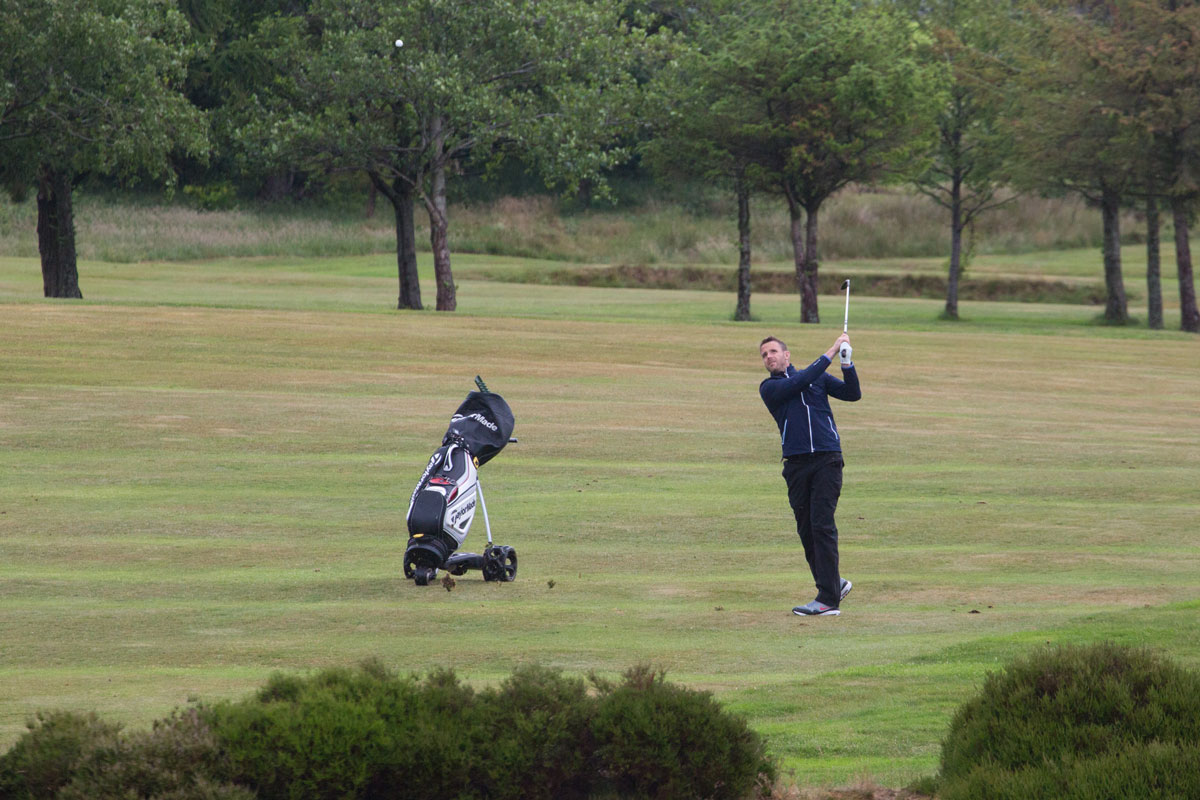 Ryan Gaffney has won the Presidents Prize 2019. The long awaited conclusion didn’t disappoint with a host of challengers hoping to haul in Ryan Gaffney and his 4 point lead. With the first not being Ryan’s favourite hole you may think nerves would kick in but a fine outward 9 of 21pts in very wet, windy and testing conditions was going to need a special performance elsewhere to beat it. Matty Saxon came close with a battling round winning 37 to close the gap to 3pts but in the end Ryan held out to claim his first Major.

Afterwards he said, “Happy to win it after not sleeping for the last 12 months! Played really well on the front 9 for 21 points then duffed one right in the ditch on the 10th, scraped a nervy 14 points after the turn but thankfully enough to get the job done”