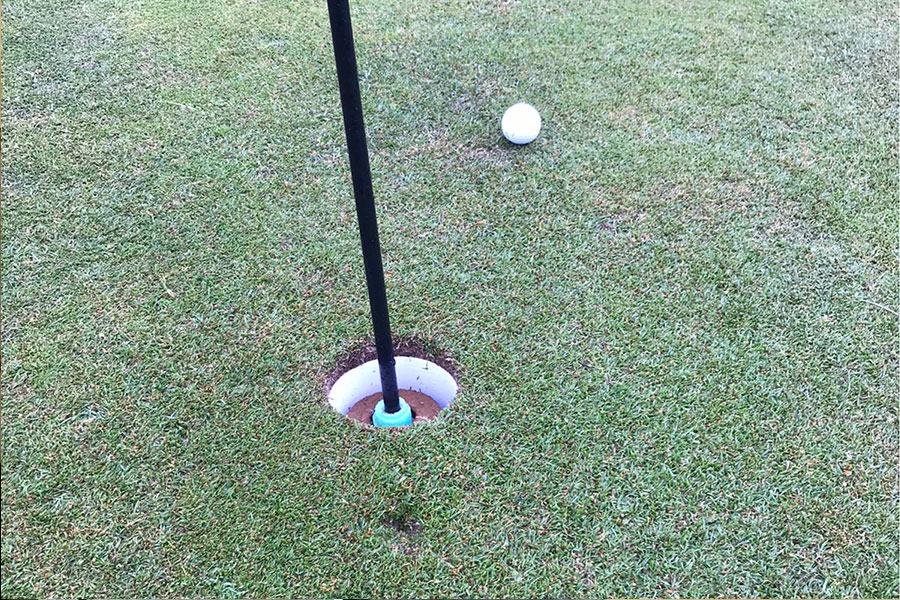 Rich Mills was the deserved winner of the Winter League 2019. After the delayed compulsory rounds Rich “Tricky” Mills came in with a mighty last round of 40 points to snatch the league title. Tied with with Andy Wade going into the last round a near faultless round of 4 under par was never put under any telling pressure. He nearly aced the 7th hitting the dance floor 4 inches short of the hole. Andy Wade, the leader until the last round, said ” Rich was a deserved winner. No matter how good a round Phill or I put in that was going to be difficult to match. Great to see one of the new lads take the prize [Grrr ;-)]”. The Cockney Bandit was awful on the greens. After just lipping out on a 25ft putt on the first for 3pts he three putted for fun and after a blob on the fourth never really recovered. Phill Ellis was as steady as ever and looked like snatching second from six shots back before a flurry of one pointers on the back nine had him settle for a fine fourth place, just being pipped to third by Mick Heys on account of Mick having a stronger last round. Jonny Robertson took fifth after another steady round.

After the game Rich said, “Thanks for coming”. Rich, we’re sure, will work on his acceptance speech at the presentation but for now the golf doesn’t need much improvement. Congratulations to Rich Mills